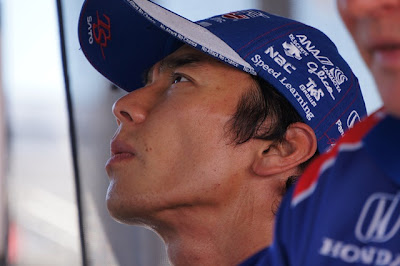 The Toyota Grand Prix of Long Beach helped to cement a couple of themes that seem to shaping up in this sophomore season of the Dallara DW12 racing platform, two engine manufacturer era of American open-wheel racing. 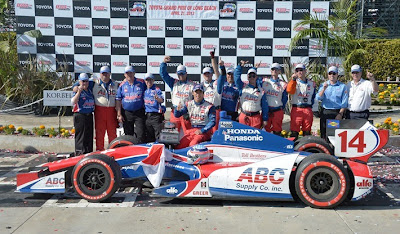 First, congratulations to AJ Foyt Racing for helping to deliver a team effort role in Japanese, and former F1 driver, Takuma Sato’s first win in the top rung of world automobile racing. A fully honest win won racing starting from P4 at the drop of the green flag aided only by a flawless performance driving the Honda-powered DW12 on the track, and team work in the pits for tires and fuel. 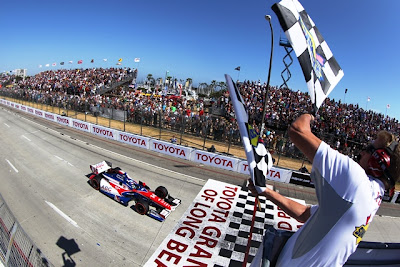 This excerpted and edited from Aljazeera –

Sato returned to Japan on Friday to speak about his historic win last Sunday in the Grand Prix of Long Beach, just his third race with the team.

“Motorsports is a team sport and you can’t win without complete effort from the team,” Sato said at a news conference. “The thing about AJ Foyt Racing is that regardless of the conditions they provide the stability needed to win.”

The win at Long Beach came in Sato’s 52nd career start in IndyCar, but was the first for AJ Foyt Racing since Airton Dare won Kansas in 2002.
—-
IndyCar pulled out of Japan after the 2011 race, and Sato said he hopes his win at Long Beach will help return the series to his homeland. “People in Japan love IndyCar,” the 36-year-old Sato said. “I can’t bring it back myself but I hope in some small way the win in Long Beach will help bring it back. I want to race in the Indy Japan before my career is over.” 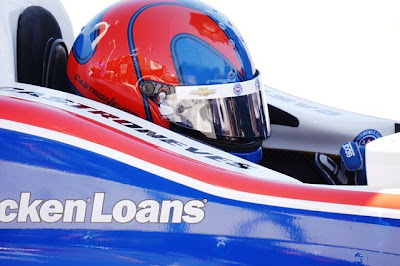 Helio Castroneves survives a Honda engine onslaught at the Toyota Grand Prix of Long Beach to lead all drivers in the points with his Penske Racing Chevy-powered DW12 after three races. Image Credit: Edmund Jenks (2013)

When the dust settled on the third race of the 2013 season, the top five drivers in the points for the IZOD IndyCar Series season championship are 1) Penske Racing’s Helio Castroneves – Chevy – 99 points, 2) AJ Foyt Racing’s Takuma Sato – Honda – 93 points (the only race winner this season in the top five), 3) Target Chip Ganassi Racing’s Scott Dixon – Honda – 89 points, 4) Andretti Autosport’s Marco Andretti – Chevy – 87 points, and 5) Dale Coyne Racing’s Justin Wilson – Honda – 81 points. To paraphrase Takuma Sato in what he stated in the interview above, these drivers through three races “regardless of the conditions they (the teams and drivers) provide the stability needed to win.” 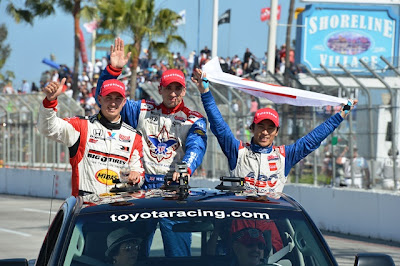 The drivers of the podium take their victory lap to the cheers of the crowd – all three drivers were from teams that were not named Andretti, Ganassi, or Penske. Takuma Sato of AJ Foyt Racing – P1 (R), Graham Rahal of Rahal Letterman Lanigan Racing- P2 (L), and Justin Wilson of Dale Coyne Racing – P3 (C). Image Credit: John Cote IICS (2013)

The other observable major point is that the top five, which almost always is exclusively populated by three multiple car teams … and we know them all to well, have been broken up with the presence of two very competent drivers who drive for single car teams that have had trouble with consistency in previous years. That, and

Honda, after not showing so well in the first race of the season at St. Petersburg, Florida, has rebounded to the point that one could say that if you are driving for a team with a Honda engine, you may have a shot at an IICS Championship. Honda was able to occupy 9 of the top 15 positions at races end at the Toyota Grand Prix of Long Beach – which Honda and HPD consider their home track being that their main facility is located in Santa Clarita.

Some numbers to note from the Toyota Grand Prix of Long Beach, the third race of the 2013 IZOD IndyCar Series season:

3 – Drivers who have finished in the top 10 in each of the first three IZOD IndyCar Series events: Marco Andretti, Helio Castroneves and Justin Wilson.

5 – Different teams represented in the top five in the Toyota Grand Prix of Long Beach.

7 – Different teams represented in the top 10 in the IZOD IndyCar Series standings.

12 – Positions gained by Graham Rahal in the IZOD IndyCar Series point standings, the biggest jump among drivers who competed.

21 – Positions improved by Justin Wilson, the most positions gained by any driver. Wilson finished third. [“I think (the competition is) just so tense,” said Justin Wilson, who charged from the 24th starting position to earn third place at Long Beach in the No. 19 Dale Coyne Racing entry. “There are so many drivers in this championship that are capable of winning races. When you do your lap in the car, you don’t know when you come in if you’re first or 25th.

27 – Laps led by Dario Franchitti at Long Beach. Franchitti led a total of 11 laps on road/street courses in 2012.

50 – Laps led by Takuma Sato at Long Beach, the most laps he has led in any Indy car race. Sato’s previous high was 31 at Indianapolis in 2012.

Lastly, do not bother to try to break into the top five in the points unless your car (and in one case, including helmet) livery colors include Red, White, and Blue: 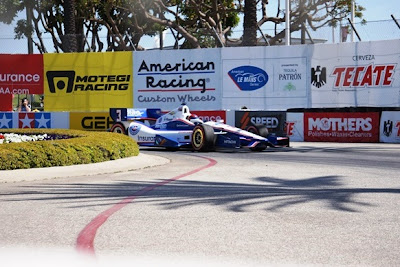 Helio has Automobile Club of Southern California – “Triple A”, 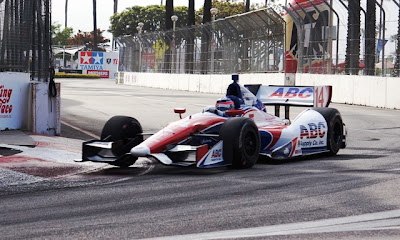 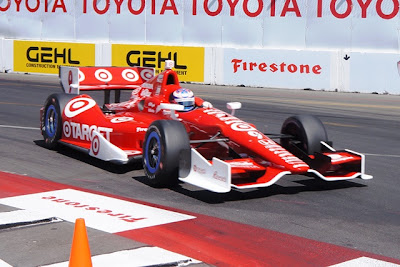 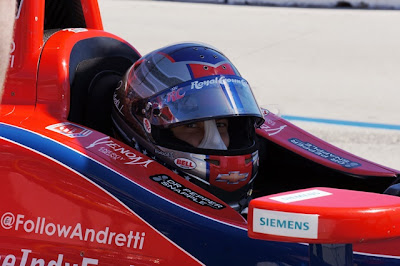 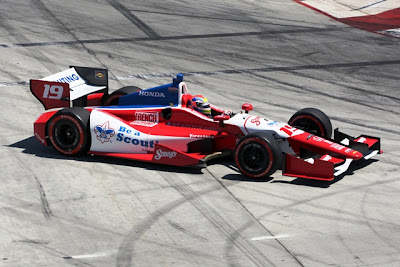 Finally, who can imagine becoming more Red, White, and Blue than the Boy Scouts of America who wraps the DW12 of Justin Wilson!

Quite fitting for the ultimate professional open-wheel racing series in America to be led by such a thematically colorful, yet international contingent.

Next weekend is the running of the fourth straight road/street race of the season and the last race before the INDY 500, the world’s most famous ‘oval’ race track. The drivers become the boys and girls of Brazil (Helio’s home track) as they race at an event facility known in Sao Paulo for it’s Samba Festival held during pre-Lenten celebration of Carnival.